Water from culverts and roadside drains can be diverted to surface water storage points, such as cisterns or ponds. In limestone areas, communities in Yemen have developed water cisterns along roads (Figure 6.2). During scarce rainfall events, the water cisterns are filled. Apart from storing water, they double as cold stores. The water from the cisterns is used for livestock watering in dry periods. Roadside cisterns may have reinforced covers to reduce evaporation and prevent humans and livestock from falling into the tanks.

In Yemen, the first runoff after a long dry spell is often not allowed to enter the cistern because this “first” water is contaminated and carries too much dust and sediment. Road water collected in the roadside drainage ditch channel is typically managed by two small porter stones installed across the trapezoidal ditch channel. Mud, sand, or a piece of cloth are used to block the “gate” and divert water to the cistern. During the first flushes and later—after the cistern is filled—these temporary checks are removed. Some roadside cisterns include sediment-trapping facilities, using overflow structures and skimming the cleaner top layer of water. When designing cisterns, there are two major issues to consider: type and amount of storage, and contaminant removal. 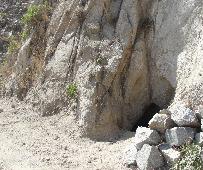 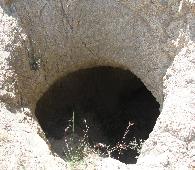 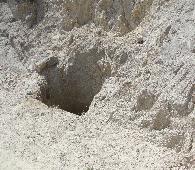 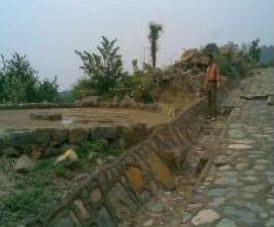 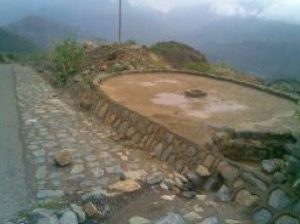 The following three boxes (Boxes 6.2, 6.3, and 6.4) show examples of water cisterns used for household purposes that benefit many smallholder farmers in India, Brazil, and China, respectively.

Taanka is a traditional rainwater harvesting technique used in the Thar desert region of Rajasthan, India. A taanka is a cylindrical underground rainwater storage cistern, wherein rainwater from rooftops, a courtyard, or a natural or artificially prepared catchment flows into the paved underground pit through filtered inlets made on the external wall of the structure. It can potentially be used for road-runoff harvesting by diverting water from culverts. The average water storage capacity of a taanka is around 20,000 liters. Materials used for constructing them can vary from stones to bare soil, or cement/lime with Zizyphus Numularia thorns.

In the Semiarid Region of Brazil, 1.2 million cisterns were built between 2003 and 2016. This has benefited 4.5 million people. The program was implemented through partnership agreements with Articulação Semiárido Brasileiro (ASA), a network of over 3,000 civil society organizations, state, and municipal governments, and other stakeholders. Financing came through the federal budget. To support the ASA’s actions, the Association Program One Million Cisterns (AP1MC) was established in 2002 as a Civil Society Organization of Public Interest with the Ministry of Finance.

The Cisterns Program has four components:

After the severe floods of 2010 in China, a total of 12,804 water tanks were installed to provide drinking water to 53,833 farmers in Hezhang County, China. These cisterns or water tanks are filled with rainwater. The water from these tanks can be used for the household (drinking, cooking, and washing) and livestock watering. Farmers save considerable travel time to fill water bottles/baskets. One farmer will pay only US$155 for a cellar to have water for domestic and livestock use (Meng 2011). Modern rainwater harvesting systems have been built extensively for household use and rainwater-harvesting agriculture with the government’s support since the 1990s. The rainwater catchment includes a concrete yard, roof, earth, and asphalt road surface. The water storage tanks are made from concrete or red clay with a capacity of 20 m3 to 30 m3 in volume (Jiang et al. 2013).